What Amazon does should no longer be considered rocket science! 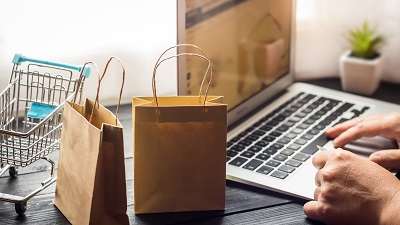 What Amazon does is very clever, but it should no longer be considered the rocket science it may have typically been viewed as up until now. What they have earned through their brilliance is the honor of becoming the world's leading destination for massive amounts of eCommerce traffic. They have accomplished this by becoming world-class at managing the supply chain. In doing so, they have simultaneously leveraged the inability of small businesses to either run their own supply chains to the same level of efficiency or to develop their own online presence and web traffic.

Leveraging these failings and then enticing small businesses to enter their marketplace has, from Amazon's perspective, created a virtuous cycle for their own benefit as more participants and products continue to be added. As they attract the third-party participants, it is they who bring in millions of customers that, ultimately, Amazon will own. In such an ecosystem, third-party retailers have become no more than a giant sales force beholden to Amazon's tactics and strategies.

More than 50% of Amazon's sales come from third-party retailers operating on their platform.

Amazon and its investors deserve their success. It was 15+ years before they turned a profit but, during this time, as their critics routinely slammed them for their profligacy they stayed true to their vision, reinvesting over and over to perfect their distribution system and the information technology platform necessary for operating it.

However, although Amazon has earned everything it has achieved, concerns are now being raised they have accumulated too much power and it's time for the government to intervene.

Many will have different views on whether government intervention to reduce Amazon's power is appropriate or not.

Remember, Amazon has transformed the way we shop and raised the bar in terms of what we now consider to be normal for service levels. They have raised the bar to the extent that many of us now think twice before contemplating a conventional shopping trip. They have become big and powerful because they identified a need and successfully filled it.

All the years while Amazon was making losses, the legacy brick and mortar businesses were secretly hoping they would fail because the alternatives didn't bear thinking about. The passage of time has (unfortunately for them) now demonstrated they were, in fact, asleep at the wheel, thereby allowing Amazon the time it needed to perfect its supply chain, develop its marketplace, and achieve its dominant web traffic position. Now the legacy companies are all paying the price and their brick and mortar locations are closing in droves.

It's economically unhealthy for a single entity to achieve such a level of dominance and, without competition, where would it be likely to end? Will it be when they earn a monopolistic share of consumer and business transactions and accumulate the power to double, triple, or even quadruple prices because there's no competition to hold them back? Few can rationally argue this would be a good place to end up.

As COVID-19 spread around the globe in early 2020, lock-downs were enforced, and many workers who weren't laid off or furloughed started to work from home. This significantly increased internet traffic and also increased the number of online transactions. Who were the biggest beneficiaries of these circumstances? Amazon and Google of course.

Millions of small businesses in the United States (and most other parts of the world) were suddenly hit with a double whammy. First, the foot traffic they depended on for their revenue evaporated almost overnight, and, second, the transactions they previously survived by went online, effectively replacing the foot traffic for the longer term as well. Many of these businesses operate without websites and even those that have one, rarely have any traffic. Almost overnight the issue that had been staring them in the face for the previous decade arrived on their doorstep. No foot traffic and no online presence meant no transactions as their businesses were simply bypassed.

How can competition slow down or stop the inexorable trend to buy stuff on Amazon from continuing? Local businesses are the lifeblood of local communities and, if they fail, then the communities they have served will also eventually fail.

Jeff Bezos displayed remarkable stamina executing his vision over the last two decades. However, and fortunately for smaller businesses, during that time the information technology tools he developed at great cost, and then relied upon to establish his competitive advantage, have become widely available and affordable for smaller competing businesses.

There is no way small business can compete effectively with Amazon without deploying the information technology platforms necessary to do so.

Think of a future with millions of small businesses deploying information technology designed to improve their efficiency and their value proposition. While this possibility used to be the exclusive domain of giant corporations, it is this possibility that will now start to fuel the competition and begin to threaten Amazon's current position of dominance.

No one should underestimate the willingness of consumers and their preference to do business locally. However, they will only do business with a local business if the price is right and the service levels are the equivalent of the new normal established by Amazon. If this cannot be achieved then Amazon will continue on its merry way.

Think for a moment about the internet of things. As more and more devices are connected to the internet, it becomes possible to eliminate inefficiencies from the supply chain. Eliminating inefficiencies ultimately reduces the total cost of ownership.

Think about this concept in the context of something like a copier machine.

Now think about this remote monitoring concept in the context of other machines in the workplace - whether it be a coffee machine, HVAC equipment, a snack dispensing machine, etc. The type of software needed to accomplish this is no longer the exclusive domain of the behemoth companies - it's widely available, very affordable, and serves to help close the technology gap with Amazon and other online giants.

Now think about these possibilities:

Think of the wealth it then becomes possible to keep inside the local community. Think of the traditionally higher money velocity in local communities and think of how that will lead to increased economic activity. Start to grasp how it ultimately becomes possible to put the brakes on the massive transfer of wealth to Jeff Bezos and the other global technology giants that have been taking place over the last 10-15 years.

Small businesses that collectively deploy technology will combine to emerge as the competition that disrupts Amazon's seemingly unstoppable journey to global domination of commerce.

Amazon has shown the way forward and now it is up to small businesses to embrace what they've done with technology and to fight back. Consumers have demonstrated they prefer to purchase online and Amazon has provided the platform and the products necessary for them to do so at a single portal.

However, for the future, instead of one giant marketplace controlled by Amazon, think of a future with thousands of local marketplaces comprised of small, independent businesses that seamlessly connect with each other. To successfully do so, they must all leverage the type of information technology systems that Amazon has used to establish its current competitive advantage.

In the future, from a single app on a mobile device, consumers may access a marketplace relevant to their geographical location and to purchase what they need when they need it. In such an ecosystem, small businesses become empowered to take back control of their own destiny and to gradually build a sustainable online presence that enables their local products, produce, and services to reach the consumer without a middleman taking a disproportionate share of the profits.

An alternative platform that doesn't levy punitive fees and doesn't take control of the customers' the resellers bring to the marketplace is clearly desirable. The pool from which to draw participants into a new, more equitable platform, is vast - over 20 million US businesses alone.

What's it going to take?

Why is it inevitable that the development of local ecosystems and marketplaces will take place?

Amazon has shown the way. They have improved service levels and reduced costs for consumers. However, in doing so they have become too big and too powerful and will ultimately have too much control over consumer purchasing. There will always be a place for marketplace platforms such as those provided by Amazon, Google, Walmart, Facebook, etc., but there's also a place for a different type of marketplace that evolves out of the desire by individuals and entrepreneurs to thrive while operating their own independent businesses.

The future is digital and the future is online and, therefore, the only way entrepreneurs can thrive in the future is to also be online. It will, in fact, be the result of the collective efforts of thousands of individual entrepreneurs who combine to form the engine that drives the transformation of online business away from its current dependence on the Amazon platform, and into platforms where they are able to retain control over their own destiny. Furthermore, it will be the simplicity of joining a platform, combined with a reasonable fee structure, that will ensure a much greater take-up rate than the 2% of American companies who are currently active as third party retailers on the Amazon platform.

To learn more about the future direction of evolving marketplaces and how they will affect your business, please complete the form below to immediately access our free white paper. 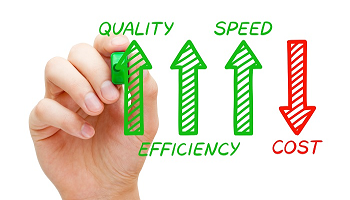 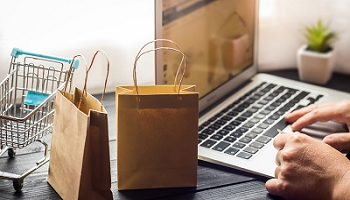 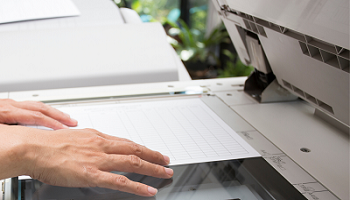